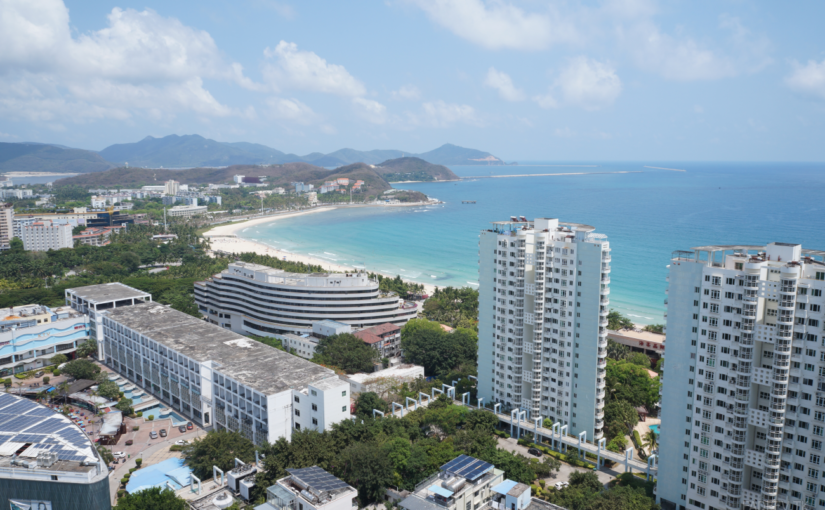 I decided to publish my photos from different trips, becouse it is not clear when we will be able to see all this in real life again.

We visited Hainan resort island almost a year ago. I will just post the most interesting photos in order.

In the foreground is the main transport on the island and probably in all of China is an electric scooter. Gasoline scooters are now a rarity. Compliance with traffic rules by scooters drivers is rarity too.

There are extremely dangerous low tide stream in this area so people often drown. After 7:00 p.m., everyone gets kicked out of the water and а personnel stretches the barrier tape.

Da Dong Hai Bay is a Russian tourist area, so inscriptions and signboards in Russian are everywhere.

It’s not fashionable to have a tan in China, as historically it is a sign of field worker. That’s why all residents on the beach are dressed and try to keep their skin in the shade as much as possible.

A country where even the usual things look unusual.

I don’t know about now, but a year ago many high-rise buildings with beautiful views could be accessed quite freely. The view from Chinese skyscrapers is something that changes the way we know about this country.

European Street is a street decoration in European style with London phone booths, models of buses, trams and cars. Place of photo sessions, including wedding ones.

The officers at the checkpoints of these buildings can explain in Russian how to pass to the sea.

Street musicians are often seen. They don’t raise money, but they do stream their performances on several platforms at once.

That’s all for today. End of part one.